Sporting goods are big business in the U.S. Statista reported that in 2014 over 63 billion dollars were spent on sporting goods. In 2015, the industry had a total estimated value of nearly 65 billion dollars, and sales are anticipated to keep growing in 2016. 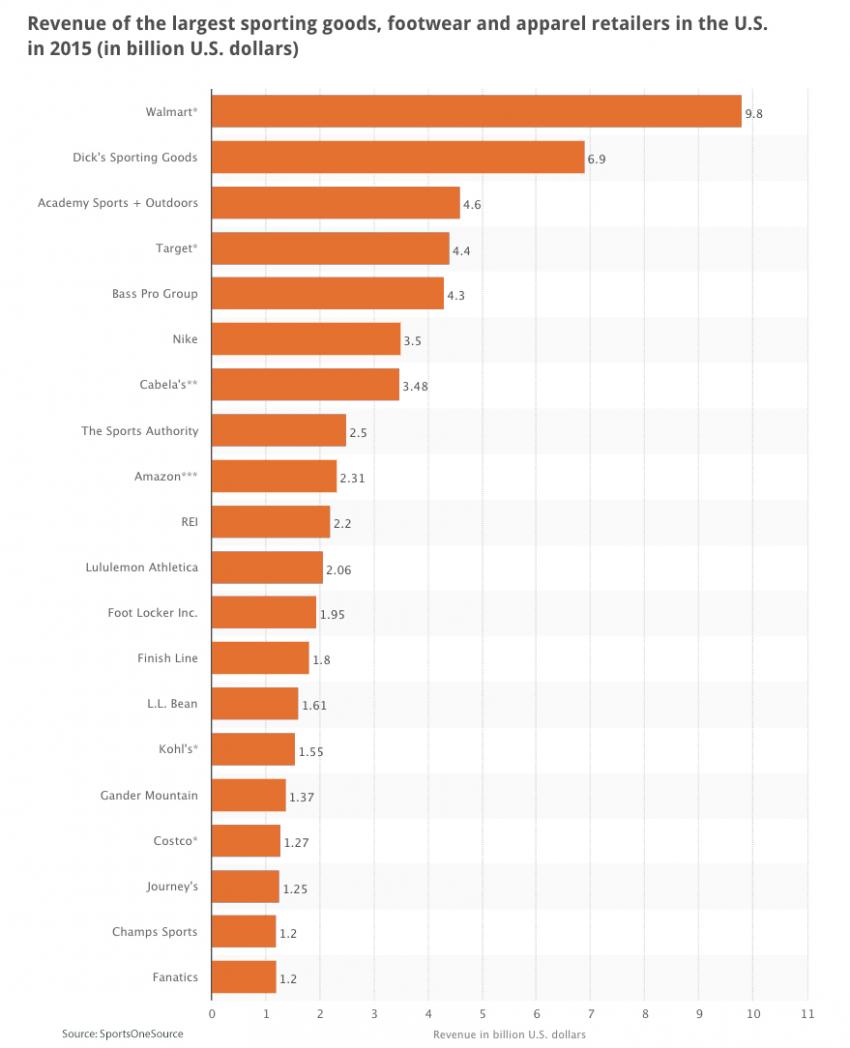 Ecommerce portal Internet Retailer reported that online retail sales in the U.S. grew 14.6% in 2015, and many of the leading outdoor retailers saw rising online revenues for the year.