Americans love getting outdoors, and running is their top outdoor activity of all, according to the Outdoor Foundation's Outdoor Recreation Topline Report 2016.

And the number of runners keeps rising. Running USA reported, “Since 2004, total running/jogging participation (run/jog 6+ days/yr) has increased 70% to a record of nearly 42,000,000, according to National Sporting Goods Association (NSGA). Females in the 25 to 34 age group category lead participation totals with more than 5.6 million in 2013, and since 2012, according to NSGA, more women run than men in the USA (both genders are at record highs).

All those runners have one thing in common – they need running shoes – and they are buying in record numbers.

According to the NSGA's Sporting Goods Market Edition 2014. sales of running/jogging shoes reached $3.09 billion in 2013, up from $2.32 billion just three years prior, with record unit sales of 46.25 million.

Sales of sporting goods overall has been likewise improving. In 2013, sales for sporting goods apparel, equipment and footwear all increased, with footwear showing the largest boost of the three segments with a 4% increase, according to SportsOneSource.

The average price paid for a pair of jogging/running shoes in 2013 ranged from a low of $45.93 at discount stores to a high of $88.26 for specialty athletic footwear. 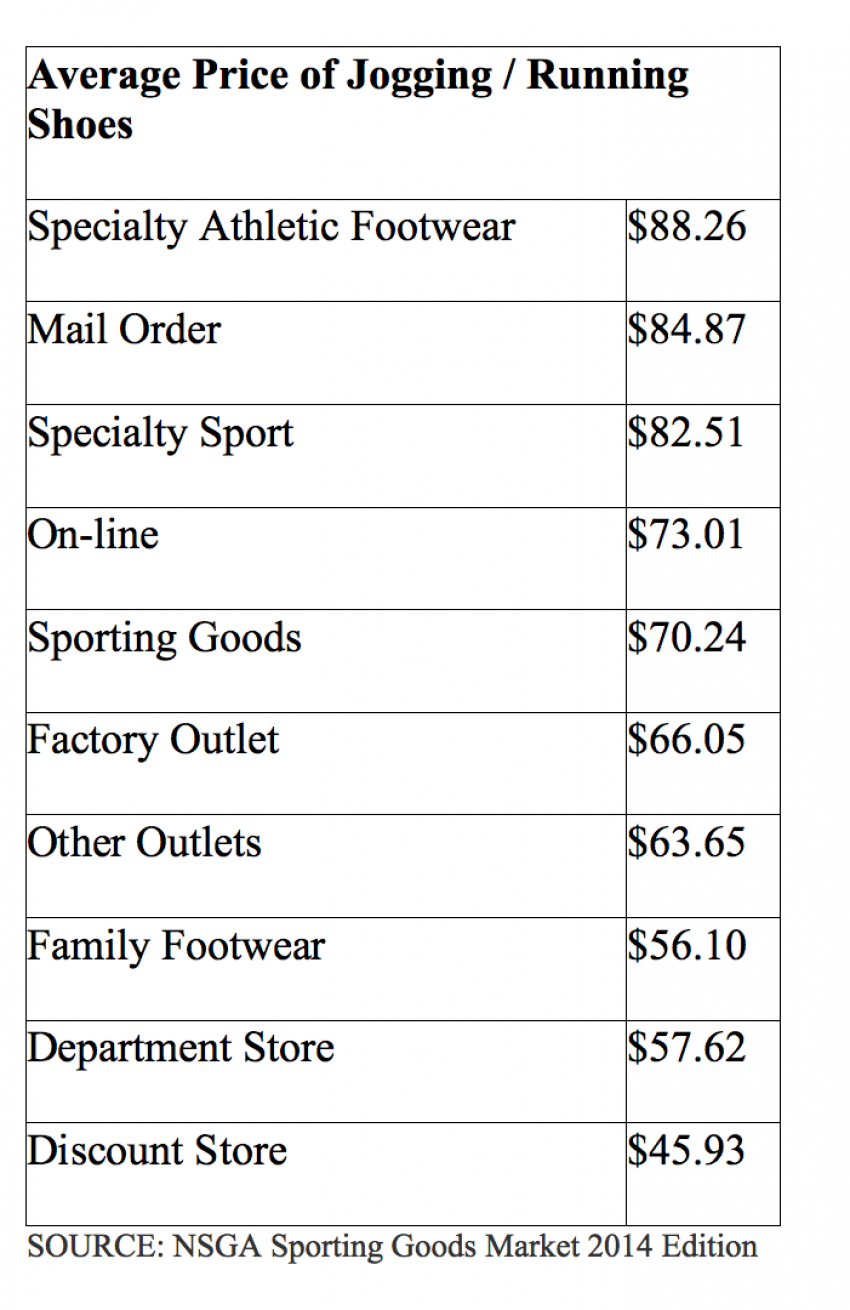 “There is tremendous opportunity for a company to capitalize on becoming a leader in the running apparel industry,” Running USA reported. “Today's runners expect more from their workout apparel, looking for pieces that are versatile and can be incorporated in all areas of their lives. Modern running apparel has the performance, functionality and style that today's runners are looking for in a variety of bright colors and prints.”