Match, disrupt and conceal — that’s the job of Realtree’s newest camo pattern, EXCAPE. Thirty-five years of camouflage design experience has been poured into this impressive new pattern, which utilizes contrast, shapes and color schemes to disrupt the human form, while keeping the hunter concealed at a variety of distances. 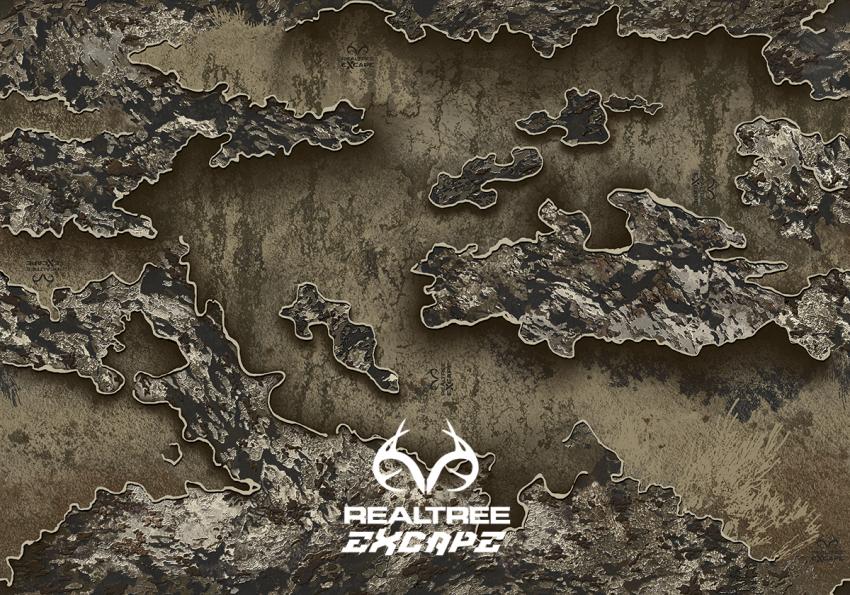 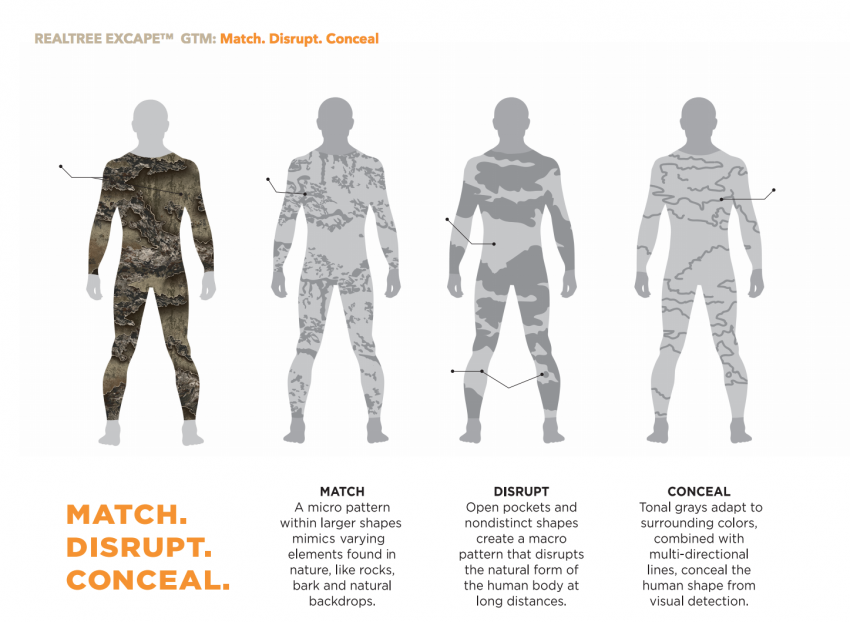 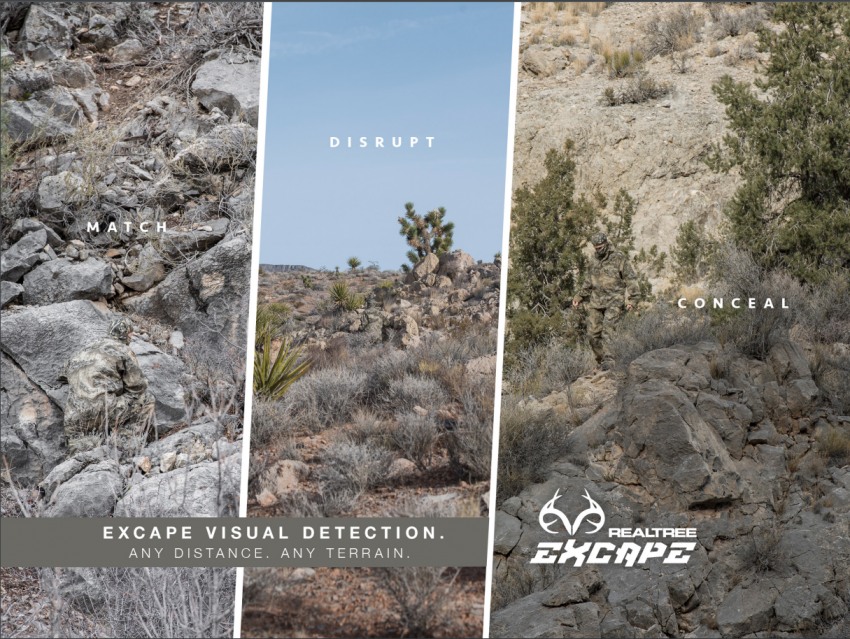 Disrupt: Open pockets and non-distinct shapes create a macro pattern that disrupts the natural form of the human body and long distances. 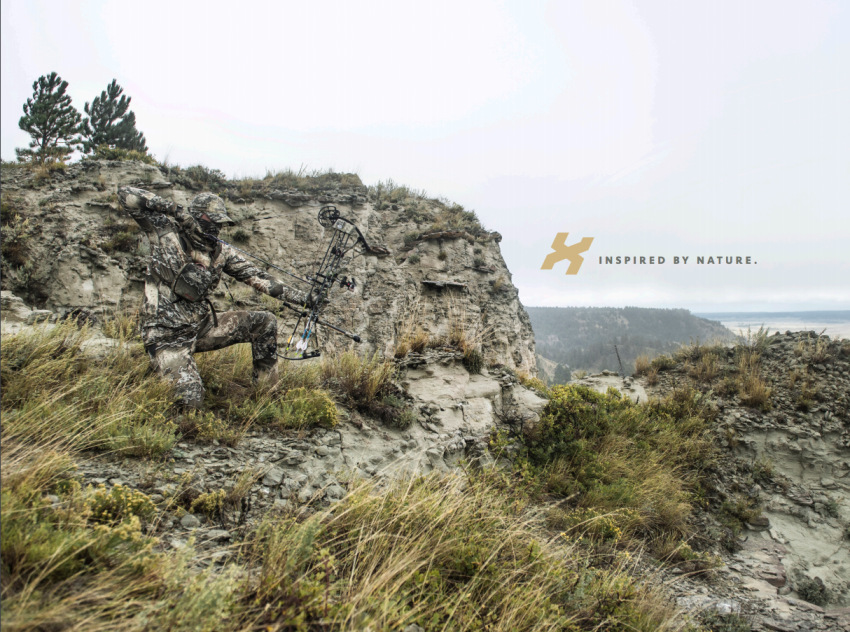 REALTREE EXCAPE displays a neutral color pallet based off warm grays and tans found throughout the outdoors. This color pallet allows for reflected light to be absorbed by the pattern, transforming the color shade of the pattern to match its surrounding color environment. 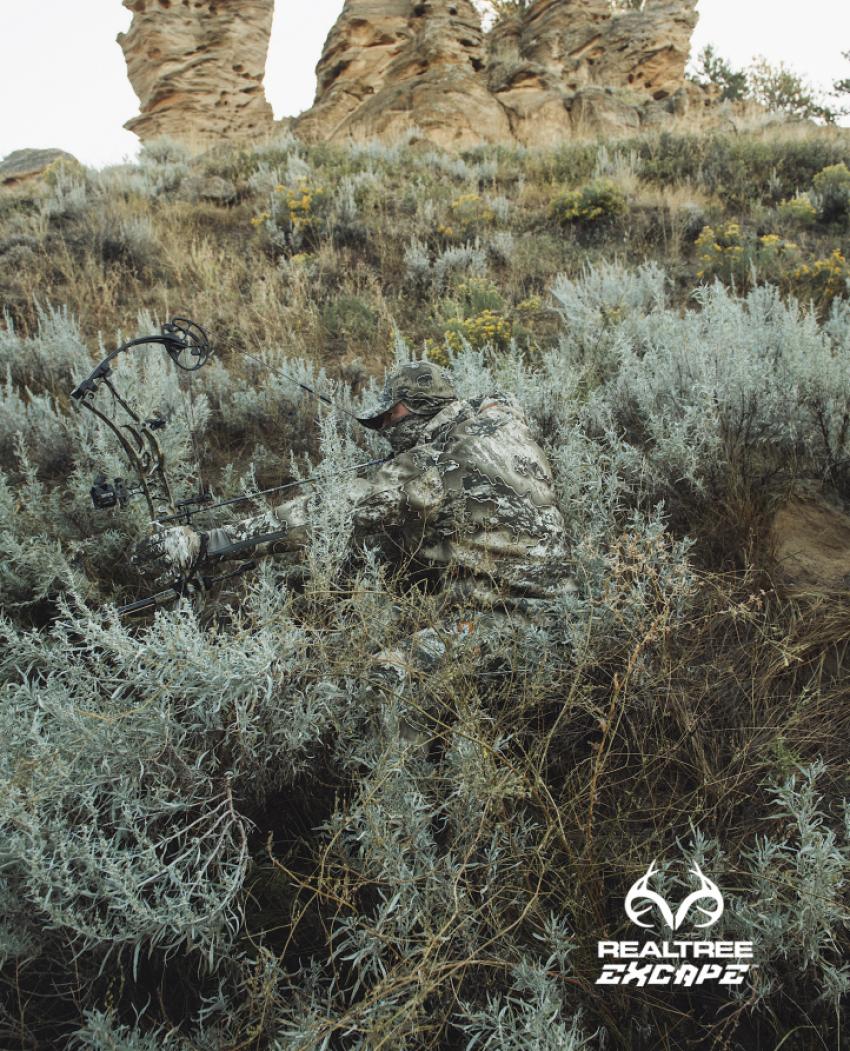 This natural phenomenon allows REALTREE EXCAPE to match the contrast values of the surrounding environment as well. Animals like deer and elk have a different color spectrum than the human eye, allowing them to detect oddities in the natural world. 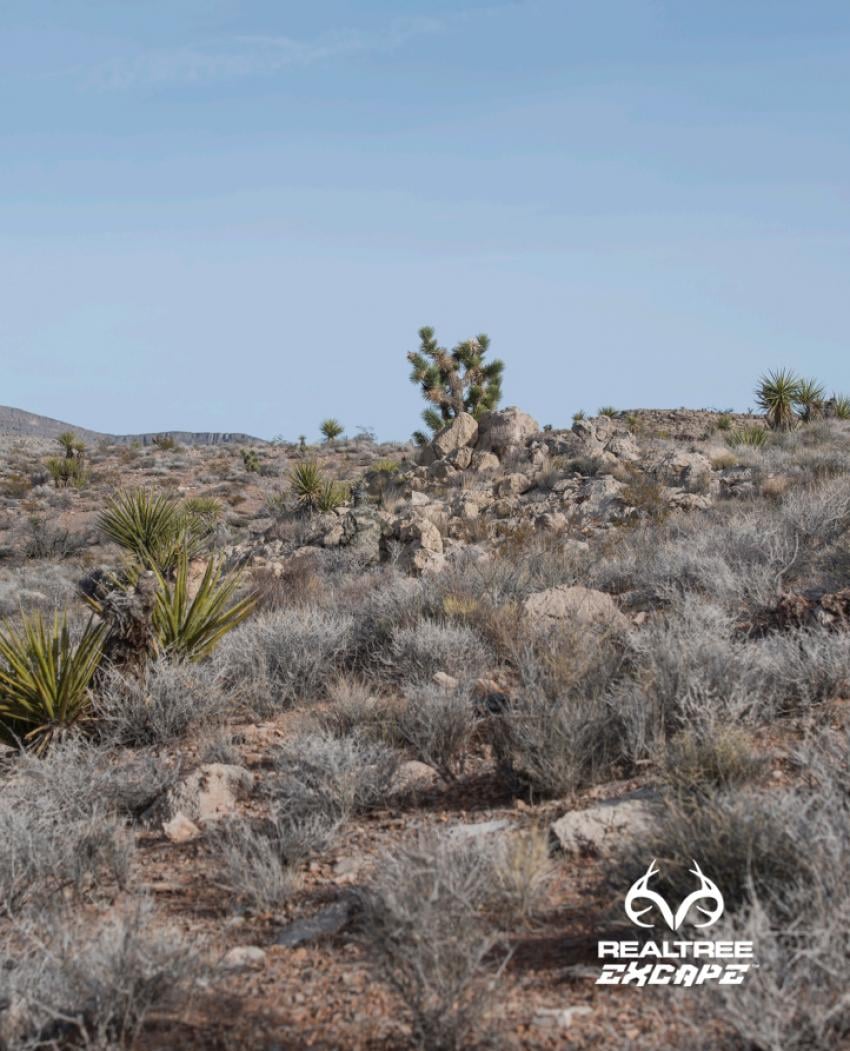 The REALTREE EXCAPE chameleon effect turns the pattern into a neutral object in the environment, blending into your surroundings preventing visual detection Contrast of shading values between the open areas and non-distinctive shapes filled with a variety of shades and forms allow for REALTREE EXCAPE to blend in and break up the human form at a variety of distances. The dark shadows around the non-distinctive shapes form lines in the pattern at longer distances that create breaks in the pattern that cut the natural silhouette of a human form into indistinguishable parts that mimic natural elements like rocks and bushes. At closer distances these same contrast values and elements mimic the sun’s casting shadows that break up the natural world like pockets of light and dark between the ground, trees, brush and rocks. These different forms of contrast turn REALTREE EXCAPE into two distinctive chaotic micro and macro patterns at varied distances maximizing your concealment. 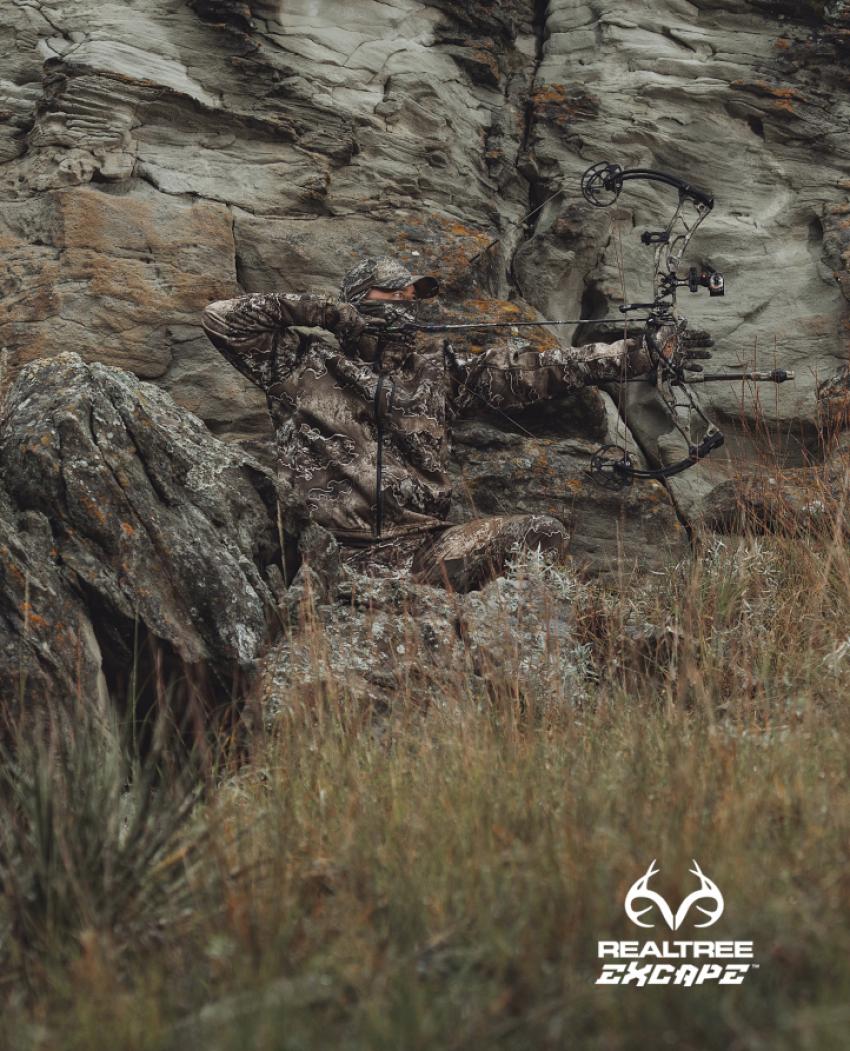 Realtree’s valued partner, ScentLok, is the first to showcase the new EXCAPE pattern on its quality hunting apparel, which is now available for purchase by consumers. With the help of the new EXCAPE pattern, these stylish new items will help hunters escape visual detection at any distance and in any terrain.

If you’re ready to showcase REALTREE EXCAPE on your products and take advantage of the Realtree name and exposure opportunities, click here for more info on licensing opportunities.