In an earlier blog, we looked at the huge positive financial impact sportsmen and women make through license fees ($853 million in 2015) and excise taxes on firearms and ammo purchases ($866 million in 2016). While those are some big numbers, they are only a fraction of what hunters spend on their sport altogether. To gauge the comprehensive economic impact of hunting, here’s a detailed look at the whole picture.

These statistics were compiled by the National Shooting Sports Foundation in a 2017 Industry Intelligence Report,* “A Profile of Today’s Hunter.” Expenditures and their resulting economic impact are based on 2011 data.

To find the total economic impact of hunting, the report breaks spending into categories as follows (for a more detailed look at these categories, see the accompanying infographic):

After totaling all of these expenditures, and also figuring in the nearly 681,000 jobs supported and their total effect on the economy, the report comes to a stunning conclusion: Hunting contributes a remarkable $86.9 billion to the economy. This is a $20 billion increase over the 2006 figures, and there’s no doubt that when the reporting catches up, the 2017 numbers will show another sizable increase. 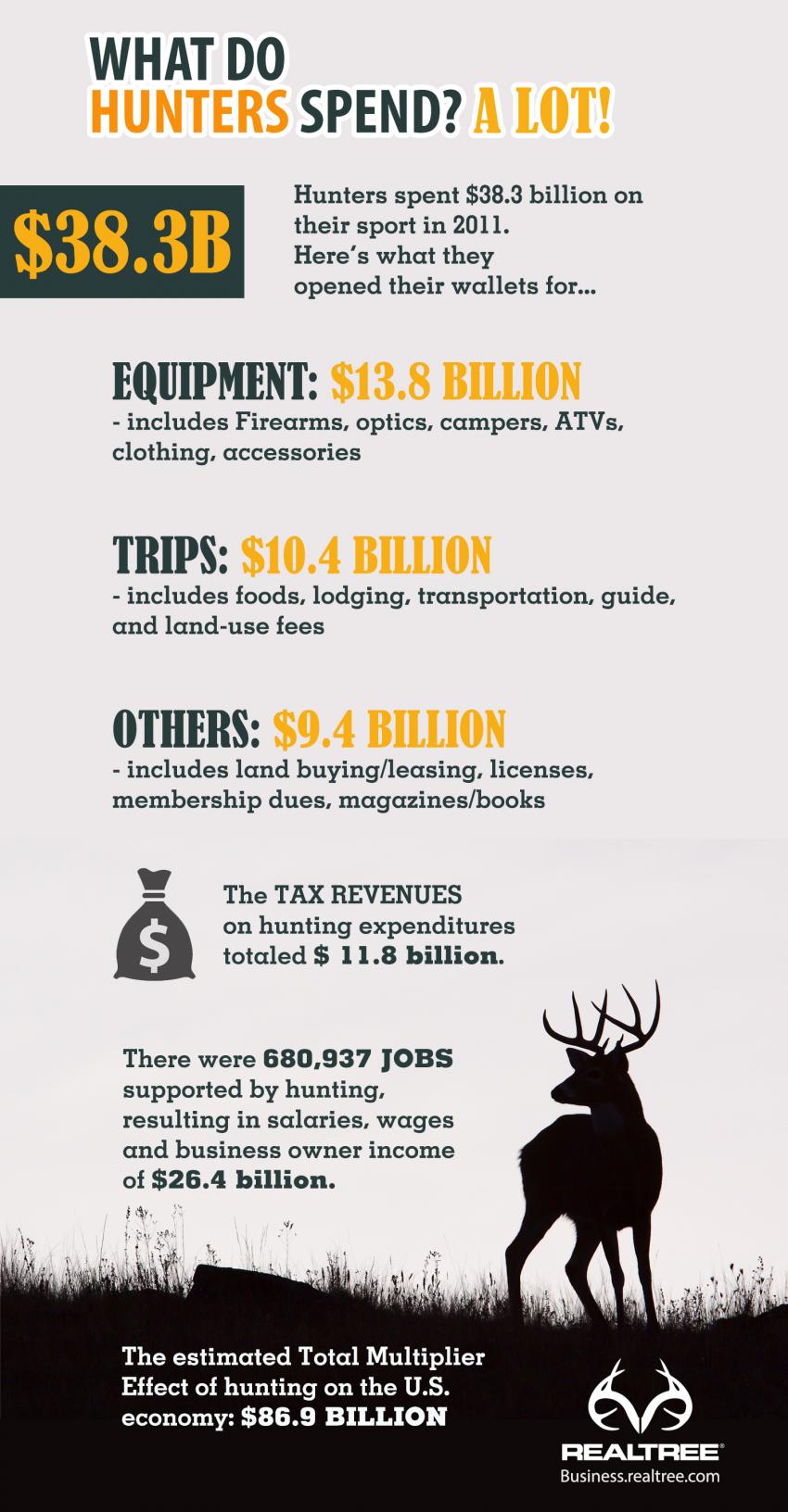 *Note: Numbers cited in the Industry Intelligence Report draw from multiple sources, including other NSSF reports, the U.S. Fish & Wildlife Service and the Association of Fish & Wildlife Agencies.