Fishing maintains its standing as one of America's favorite outdoor activities. In 2016, fishing was the second-most popular outdoor activity in the United States, trailing only to running/jogging.

Participants can enjoy fishing on many levels, from dunking a worm along a shoreline for panfish to the challenge of chasing muskies on large lakes with heavy-duty gear. No matter the approach, it's the bond with nature and being outdoors that keeps anglers casting their lines into the water.

In 2016, some 16% of all Americans ages 6 and older went fishing. That includes an increase of 1.5 million fishing participants, for a total of 47.2 million anglers. 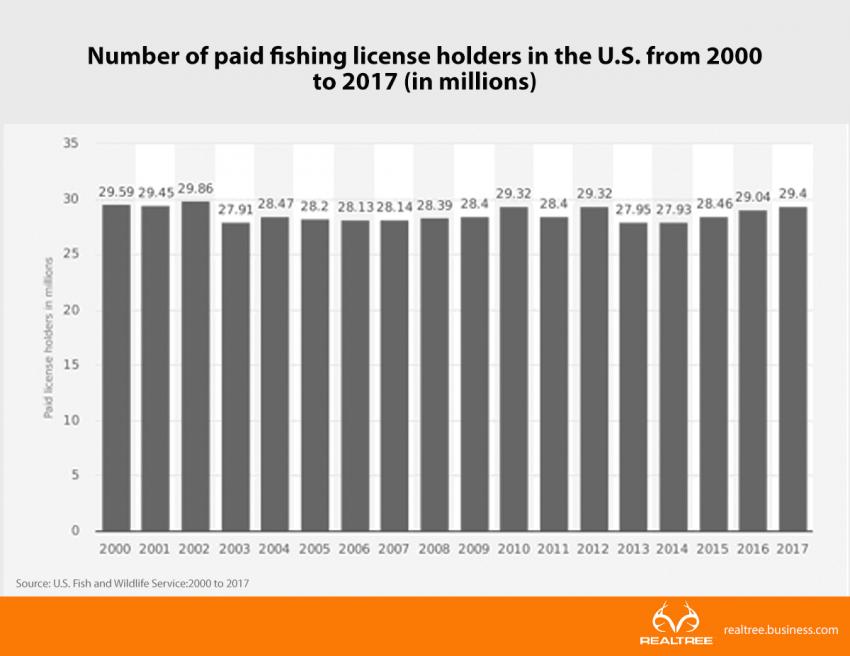 The upward trend in fishing participation is expected to continuen. In Spring 2017, nearly 51.6 million anglers had gone fishing in the past 12 months. That was the highest level of participation in a 12-month period going back to 2008. 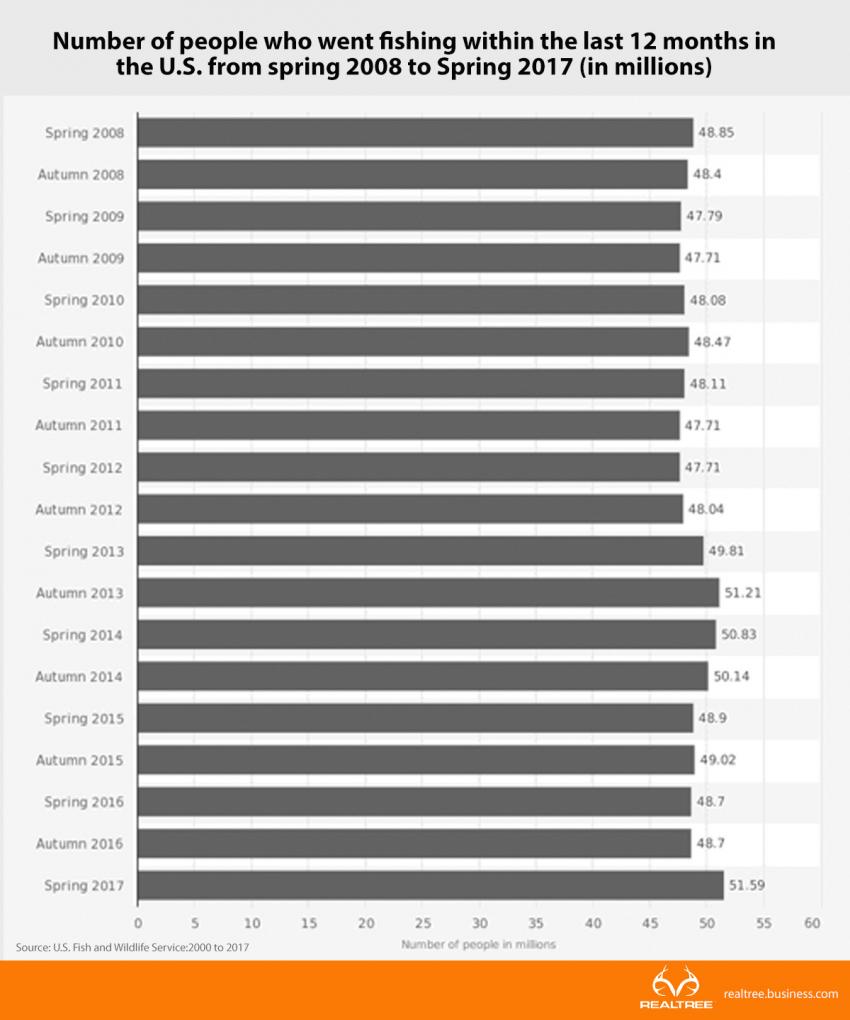 Technavio notes that the fishing rods segment saw the biggest gains in the sport fishing equipment market in 2017. And it's anticipated that “the market will continue to witness major growth in the fishing rod segment throughout the projected period [by 2021] as well.”

The freshwater sport fishing market is expected to grow the U.S. during this time, too, thanks in part to  more women and youth anglers.

The company's analysts predict the global sport fishing equipment market will see revenues of over $15 billion (USD) by 2021.

Editor’s Note: Realtree licenses 27,000 products that can be found in more than 38,000 retail locations worldwide. Whether customers are looking for rugged outdoor equipment or everyday gear that enhances their active lifestyle, it can be found in a Realtree pattern. If you’re interested in growing your business with Realtree/Realtree Fishing licensing program, let’s talk! Find out more and contact us here.