The remarkable rise in women’s participation in hunting and other shooting sports during the past several years is not big news in the outdoors industry. If you are a manufacturer or retailer, you are no doubt keenly aware of the importance of tailoring offers and products that appeal to the female outdoor enthusiast.

While the level of female participation in all types of hunting and target shooting isn’t a surprise to anyone who has been paying attention, it is good to step back now and then and get a feel for what “more” women really means.

It has been a couple years since we looked at female hunting and shooting participation here at the Realtree Business Blog, so let’s crunch some numbers with the help of recent statistics from the National Sporting Goods Association. The NSGA’s report, Sports Participation in 2016 – Shooting Sports, is quite revealing. Here are some of the big takeaways over the past 10 years. (Statistics include females of all ages.) 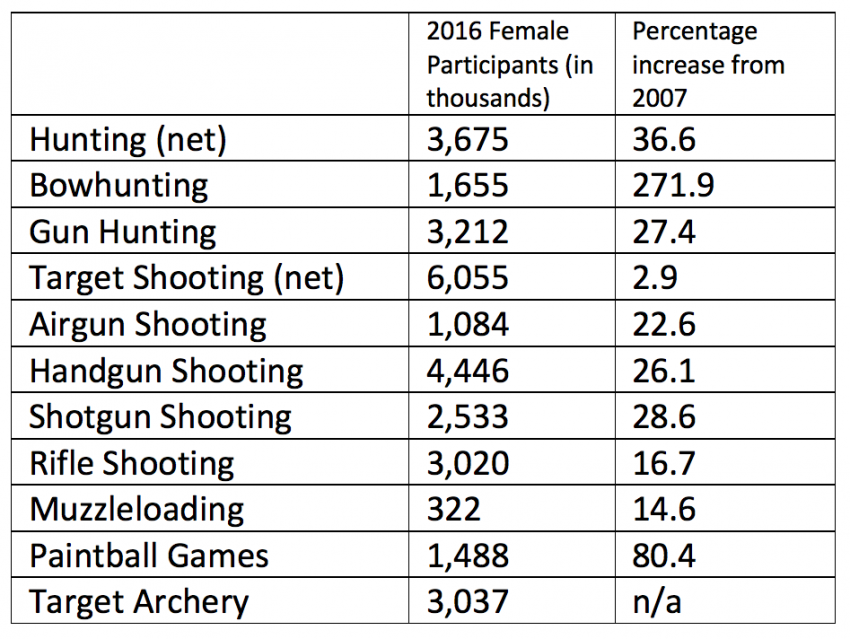 While these statistics paint a nice picture, there is no doubt that participation growth in many sectors of outdoor participation are challenged, particular in hunting categories. Hopefully everyone in the industry is on the lookout for opportunities to invite new participants. Here’s a refresher on the topic: 5 Ways to Promote New Hunting and Shooting Activities.

Check out our recent research reports: