The breeding population decreased, but remains quite strong, with most species remaining near or above long-term averages. Ducks declined due to dry conditions in large portions of the breeding grounds. Fortunately, we continue to benefit from ‘carryover birds’ hatched during highly productive springs over the past several years.

Although down from 2017, this year’s duck numbers were 17% higher than the long-term average (LTA) from surveys conducted 1955 to 2017. And populations for eight of the 10 duck species were above LTAs. 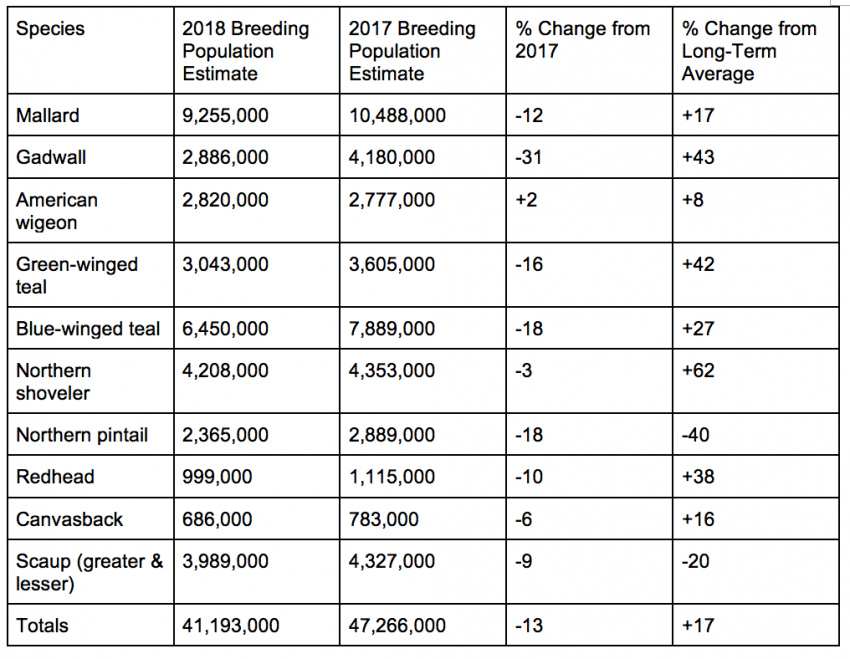 The pond count has been above, in some cases way above, the long-term average for many years, and we’ve enjoyed huge duck estimates as a result. This year, the count is average and in some cases, well-below average. 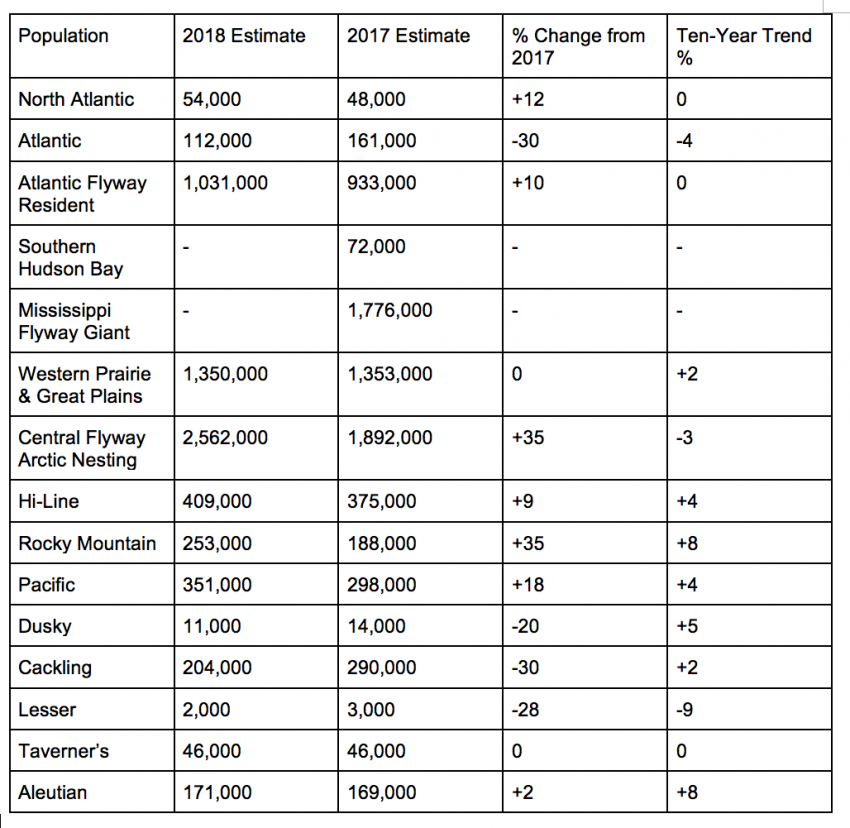 Check out our recent research reports: