Whether you make a living in the outdoors industry, personally enjoy hunting and shooting sports, or both, you no doubt agree that finding ways to recruit new participants is a worthwhile effort.

There are many angles to cover on this topic, and we’ll try to bring insight into many of them over the coming weeks here at the Realtree Business Blog. To start, here is some context* on why this topic merits continued, close study: 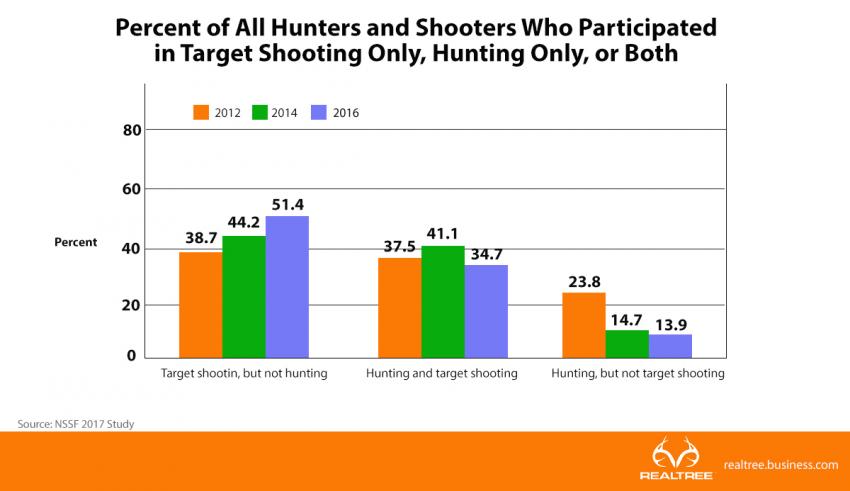 Two more questions for you: Are you adding products and services to capture the interest of potential new customers who make up this trend? Can you think of ways to interest new shooters in hunting?