The number of American households owning pets is on the rise, along with spending on pet products and services. Approximately 68% of U.S. households own a pet, according to the 2017-2018 American Pet Products Association's National Pet Owners Survey (APPA). That's equivalent to 84.6 million petowning households. According to the APPA, freshwater fish are the most commonly owned pets, followed by cats and dogs. With 139.9 million freshwater fish pets in the nation, there are plenty of consumers who want to provide for their underwater friends. As the trend in pet popularity continues, the growth of fish tank products is expected to simultaneously expand. Cats can be found in 94.2 million U.S. households, and dog ownership is at an all-time high, with 89.7 million dogs living in U.S. households in 2017, up from 77.8 million just two years ago. 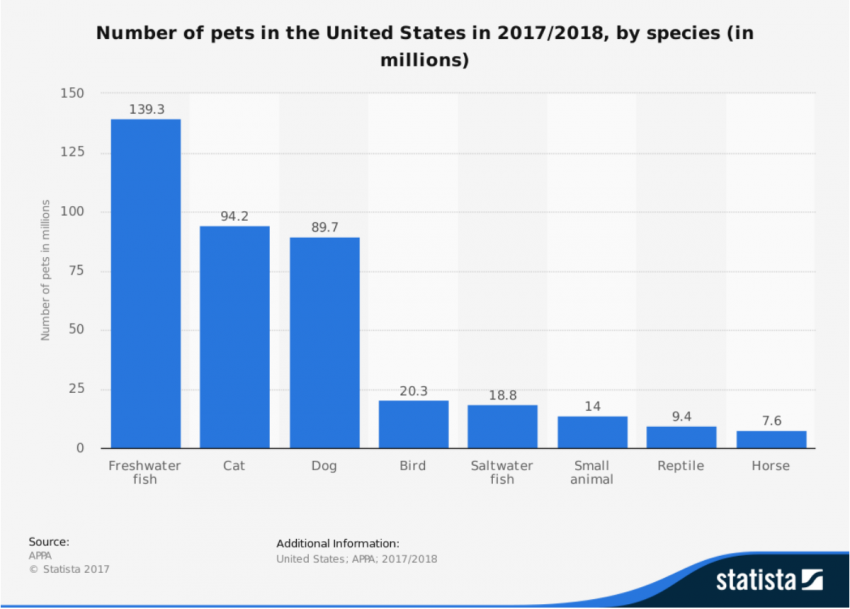 The surge in pet ownership is being fueled by a new generation and attitudes that put pets first. The APPA reports: “Generation Y/millennial pet ownership has officially surpassed baby-boomer ownership by three percentage points to now account for 35% of all pet owners.” Millennials treat pets differently than previous generations. They not only consider pets as family members but look for products that help integrate pets into their activities and lifestyles, such as clothing, travel items and collapsible food and water bowls. Millennials are also pampering their pets like never before, investing in new technologies like pet-monitoring systems and interactive feeders. Across all generations, common reasons for owning pets include: • 81% believe their pet is beneficial to their health • 80% believe their pet makes them happier • 71% believe pets bring families closer together • 66% believe their pet lowers stress With such good will toward pets, it's not surprising pet owners spend big money to keep their dogs, cats, fish, birds, reptiles and horses happy and healthy. Pet industry expenditures have been rising steadily since 1994, which recorded $17 billion in sales. Spending hit a record high of $66.75 billion in 2016, up 10.7% from $60.28 billion in 2015, according to the APPA. It's estimated Americans will spend nearly $70 billion for pet-related expenditures in 2017, and by 2020, the U.S. pet industry is projected to reach $96 billion in sales, as reported by MarketResearch.com. 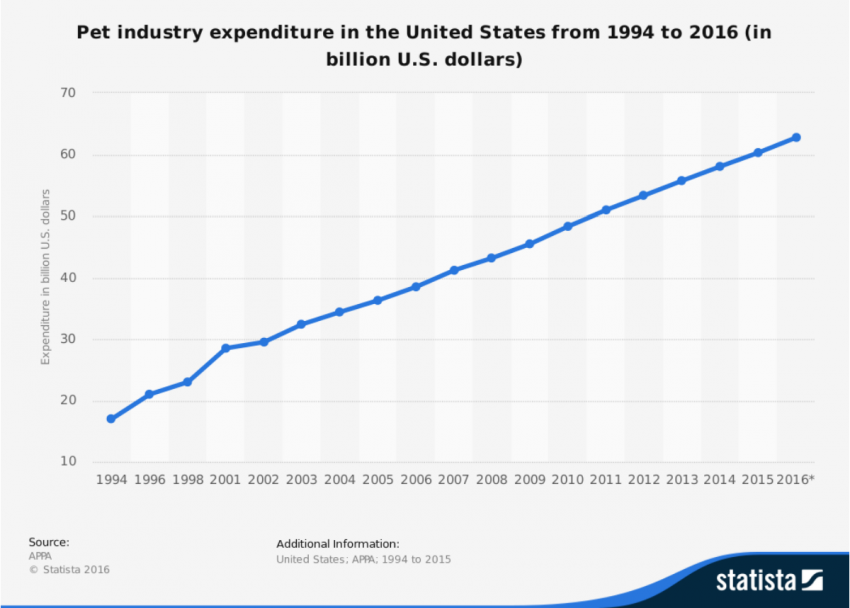 Food/treats and medical costs comprise the bulk of annual expenditures for both dog and cat owners, while food is big business for retailers. Consider that pet food alone comprised some 35% of Amazon's $2 billion USD in net pet product sales for 2016, according to PetFoodIndustry.com. More than 40% of dog owners and 39% of cat owners buy premium food for their pets. 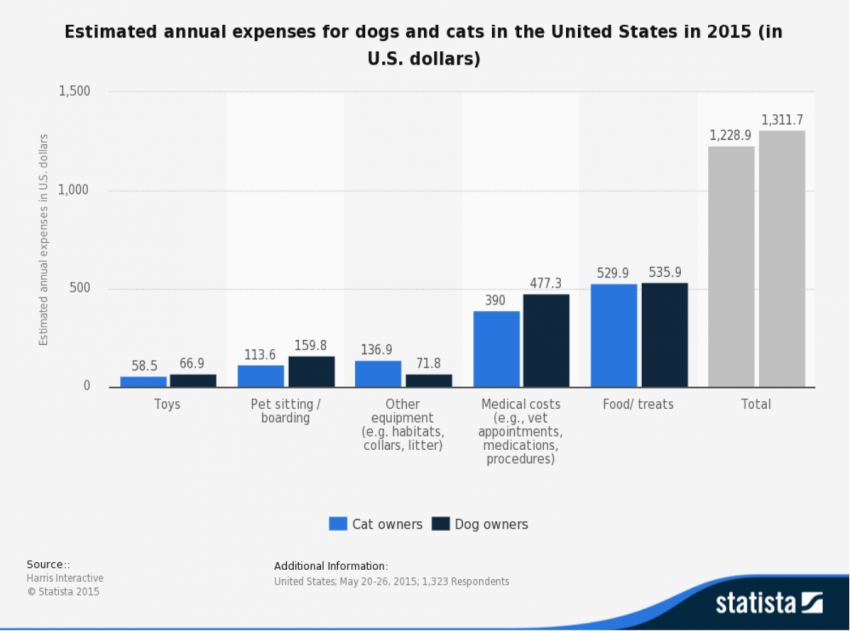 After food and medical costs are factored, each dog owner spends nearly $140 annually on dog toys and equipment such as apparel, beds, collars and crates. In fact, the APPA reports that 31% of dog owners have clothes for their dogs, and 10% purchase designer products. Cat owners spend more than $195 per year to keep their felines in toys, litter, scratching posts and other gear. 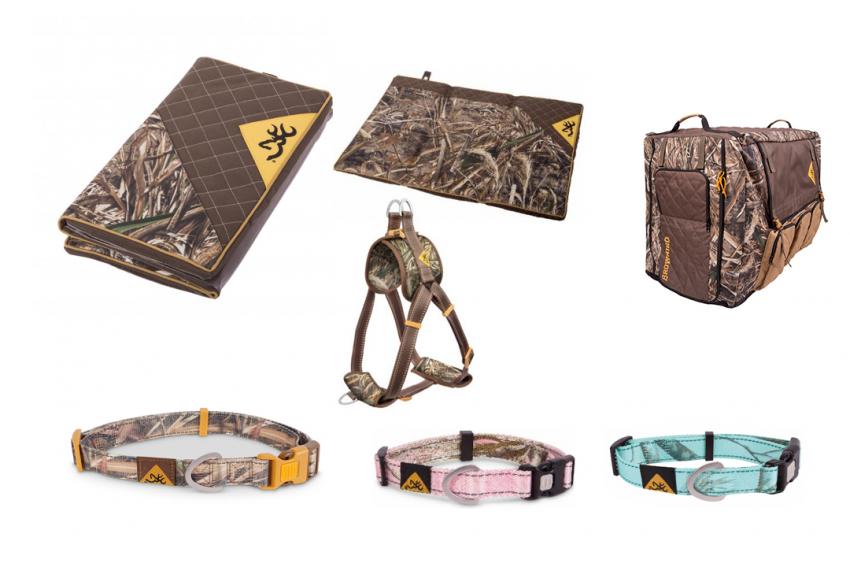 Editor’s Note: Pet products in Realtree camo let customers bring the outdoors inside. Get in touch with one of our Licensing Account Managers to discuss ways Realtree can help your business get a piece of the fast-growing pet market.