Top 30 States with Most Active Duck Hunters in 2018

Mallard, green-winged teal, gadwall, and wood duck were the most-harvested duck species in America. Hunters across the United States harvested an estimated 3,425,560 mallards in 2017. 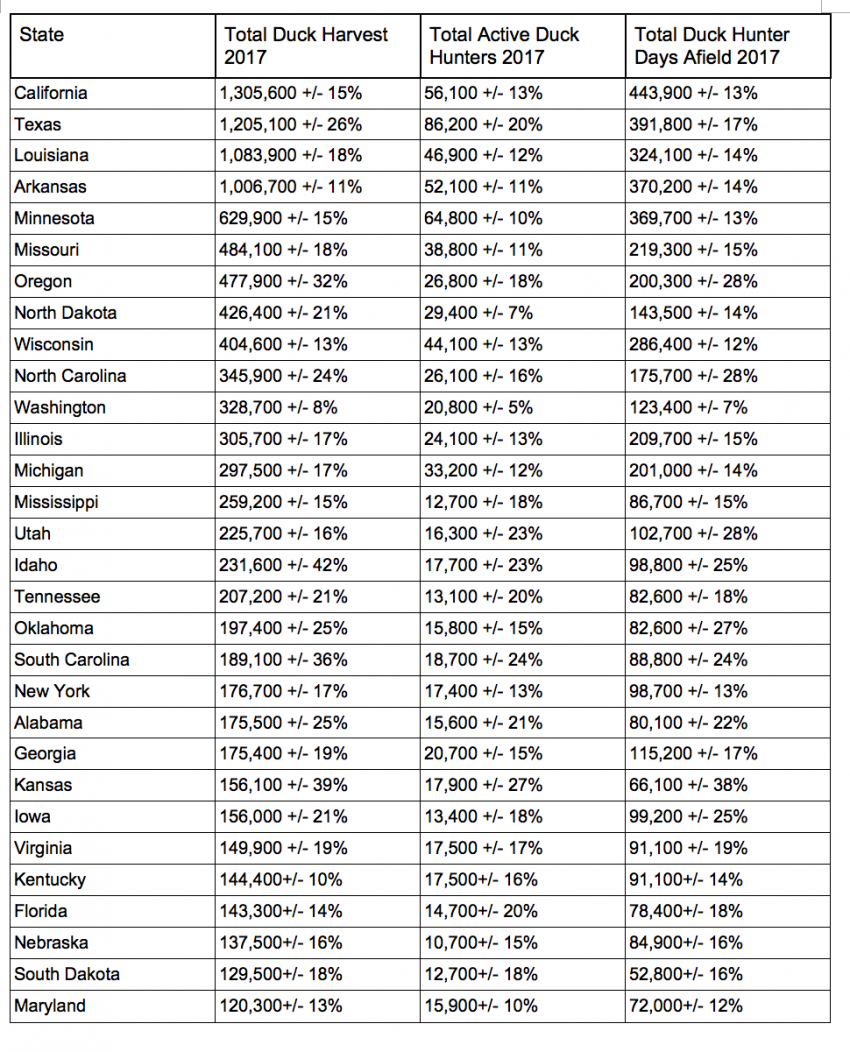 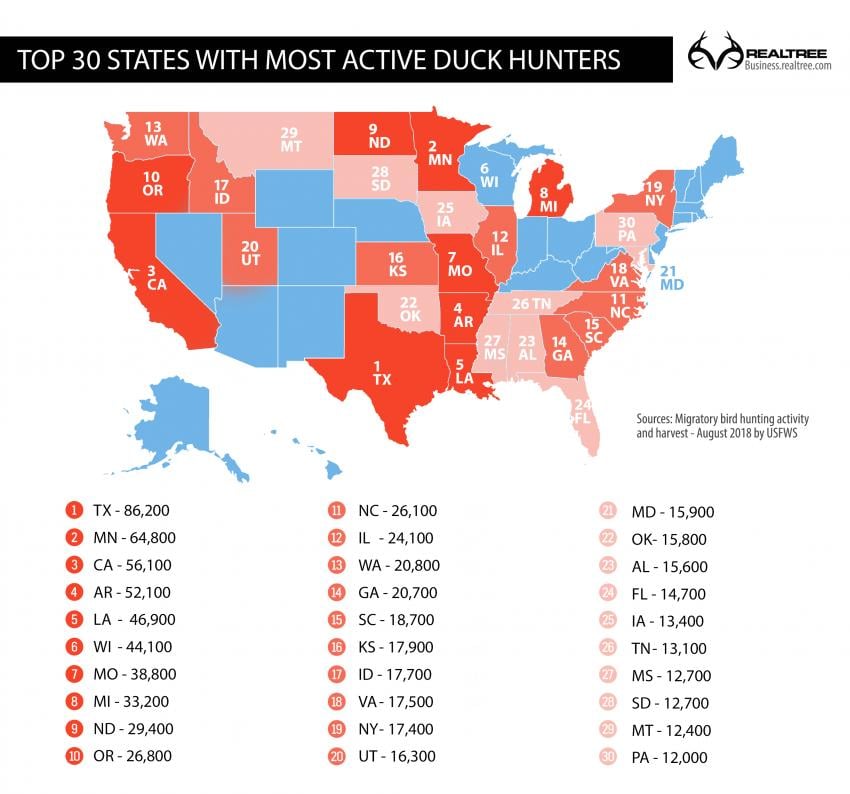 Drilling down to the Top 10 states within the Mississippi Flyway for Total Duck Harvest, hunters in Louisiana had the highest harvest, followed closely by Arkansas. Minnesota fielded the most duck hunters within the Flyway, while Arkansas was tops for total duck hunter days afield. 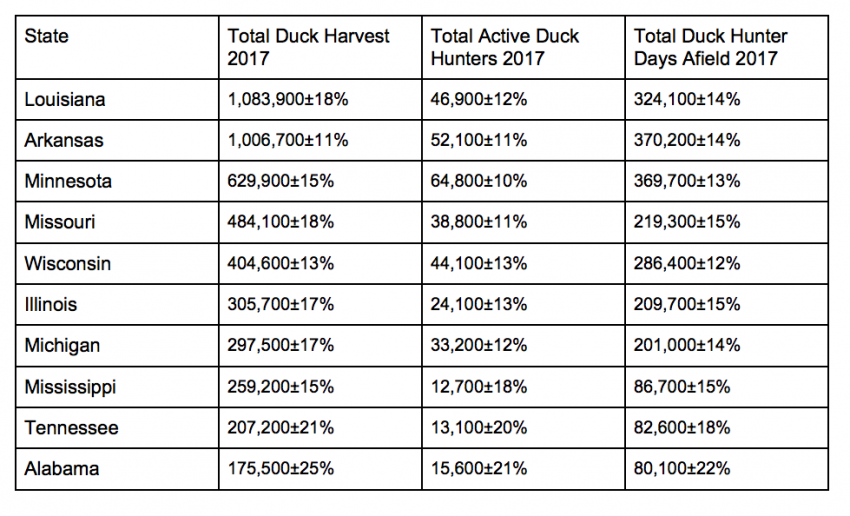 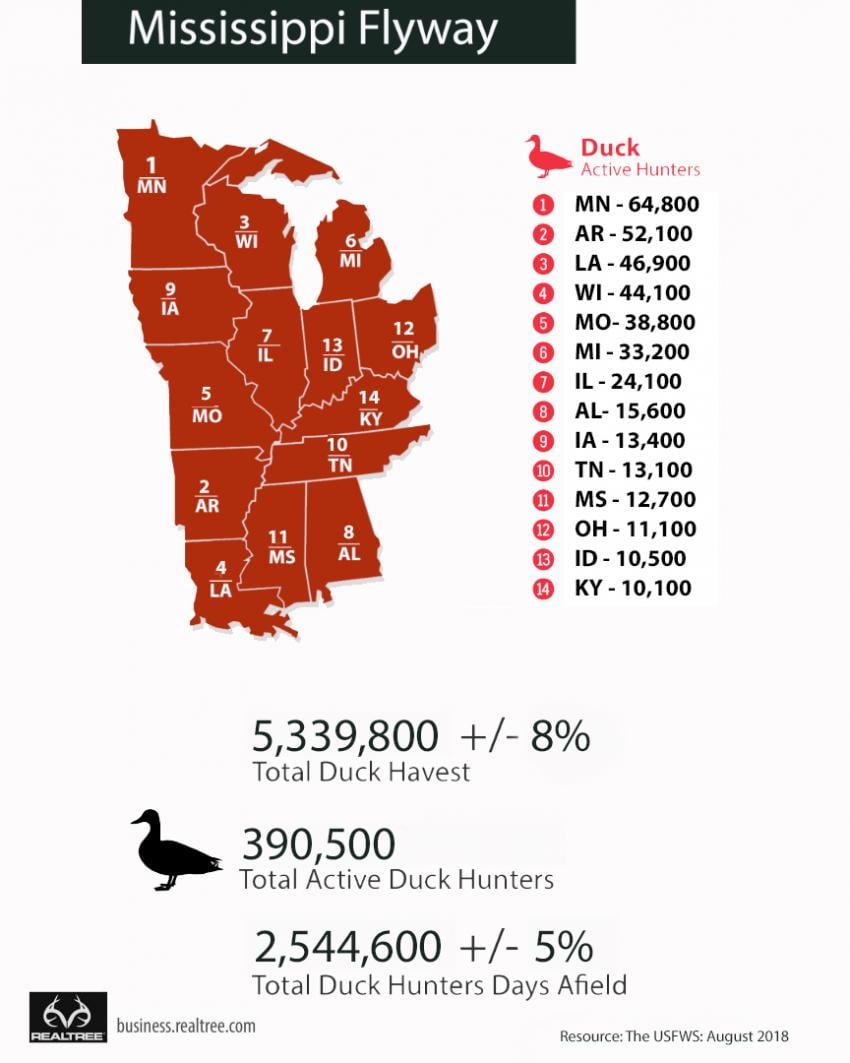