Smart Voice Assistant Use Rising in 2017

If you've recently asked a smart speaker for the weather or a traffic update, you're not alone. In 2017, some 35.6 million Americans are expected to use a voice-activated assistant device at least monthly, according to eMarketer's forecast. That figure represents a nearly 129% increase in use from 2016.

The majority of users (70.6%) will turn to Amazon's Echo for help, while Google Home will capture a distant second 23.8% of the market. Other devices by companies including Harmon Kardon, Lenovo, LG and Mattel will compete for what's left. Amazon is expected to lead the field in the coming years, while Google Home will see a modest increase in market share. (eMarketer defines a voice-enabled speaker as a standalone device whose core functionality is a voice-enabled digital assistant, such as Google Home or Amazon Echo.)

Meanwhile, the use of virtual assistant software is also on the rise – anticipated to increase 23.1% this year. Emarketer projects 60.5 million Americans will use a virtual assistant such as Amazon's Alexa, Apple's Siri, Google's Now and Microsoft's Cortana at least once a month. An April Statista 2017 survey of U.S. residents found that Google and Apple products were the most popular virtual voice assistant software, with each holding about 1/3rd of the market. 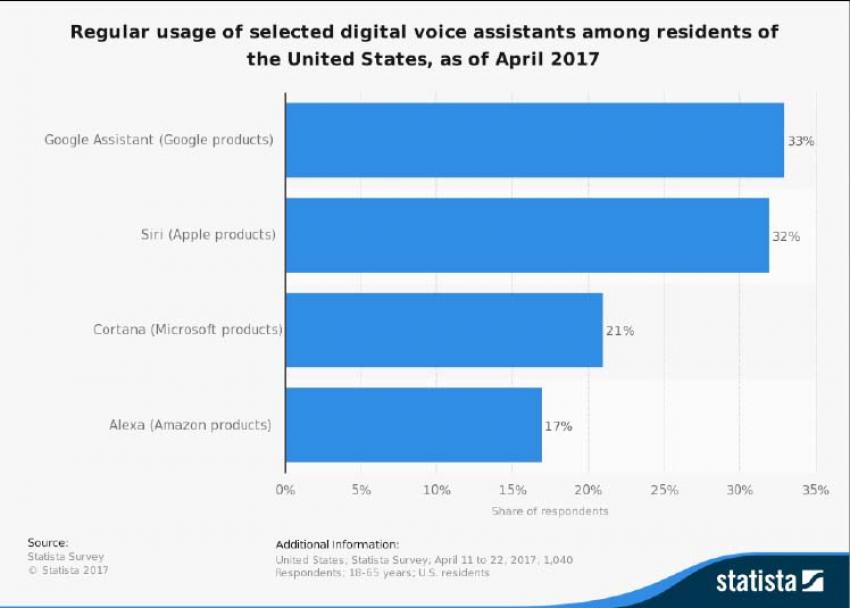 Americans use their virtual assistants most often to play music or radio, receive weather forecasts and receive search results, according to Statista's Survey.

Millennials between the ages of 25 and 34 use digital assistants more than any other demographic, accounting for 26.3% of users. And 33.5% of millennials are expected to use a virtual assistant in 2017. 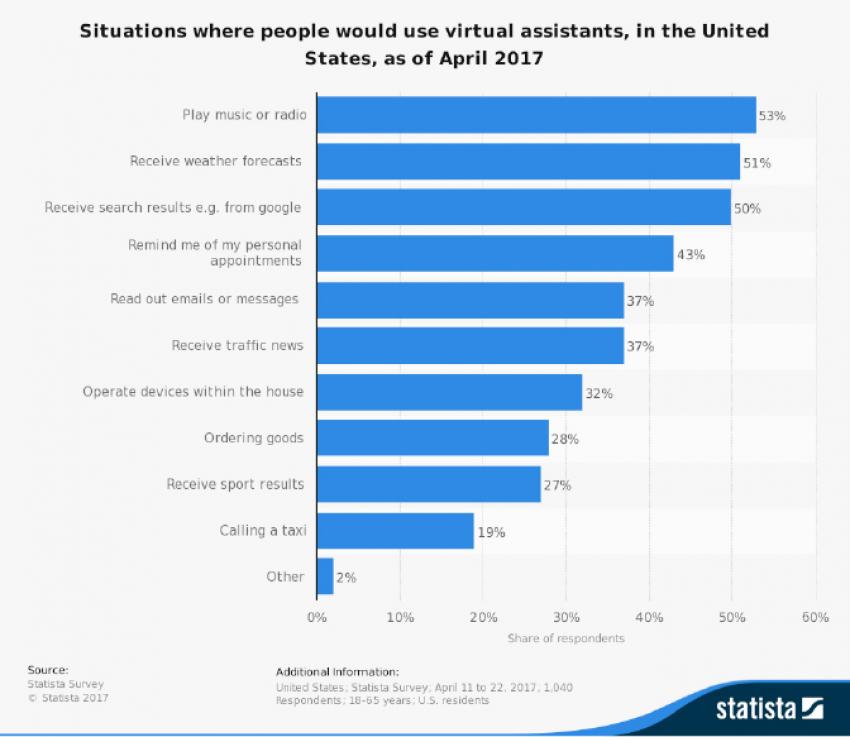 Martín Utreras, vice president of forecasting at eMarketer, noted, “Older millennials are the core users of virtual assistants, mainly due to their demand for functionality over entertainment.”