The Rise of Mobile Devices For Online Purchases 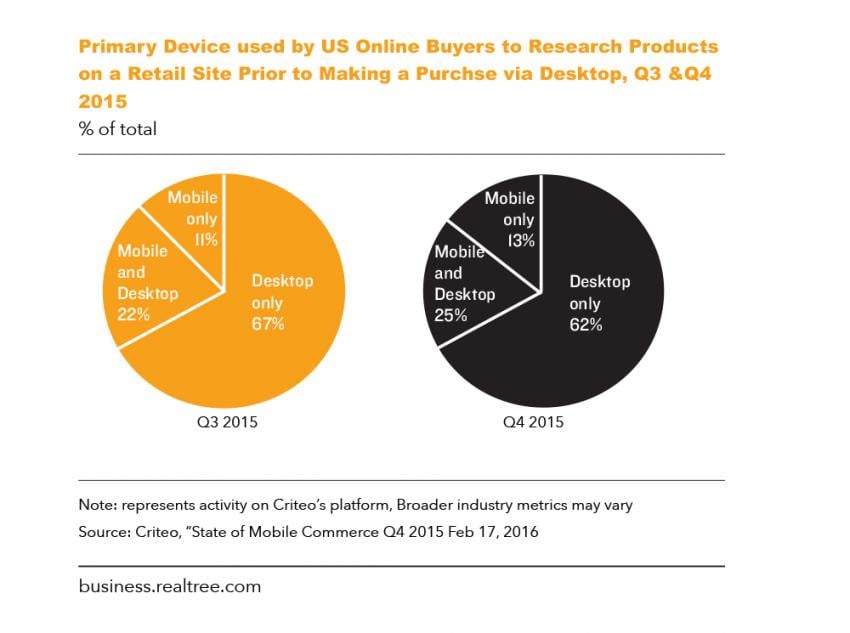 Although consumers still rely heavily on desktop computers for product research, the combination of using mobile-and-desktop together along with mobile devices alone both saw a 3% increase from Q3 to Q4 in 2015. While desktop-only research fell by 5% over that same period. And the mobile trend shows no signs of slowing down.

According to eMarketer, mobile commerce in the U.S. will reach more than $123 billion in 2016. That represents a 39.1% increase over 2015 and over twice that from 2014 mobile purchases. Much of that growth can be attributed to purchases made on smartphones, which almost doubled from 2014 to 2015, jumping to $39.40 billion in 2015 and representing a nearly 96% year-over-year increase.

Mobile commerce sales on tablets remains likewise strong, retaining a slight edge (50.6%) in overall mcommerce sales. Tablets are expected to see a nearly 31% growth rate in 2016. But even that rapid growth won't keep tablets in the lead. That's because by the end of 2017, for the first time, smartphones are projected to overtake tablets and account for 50% of total retail mcommerce sales. 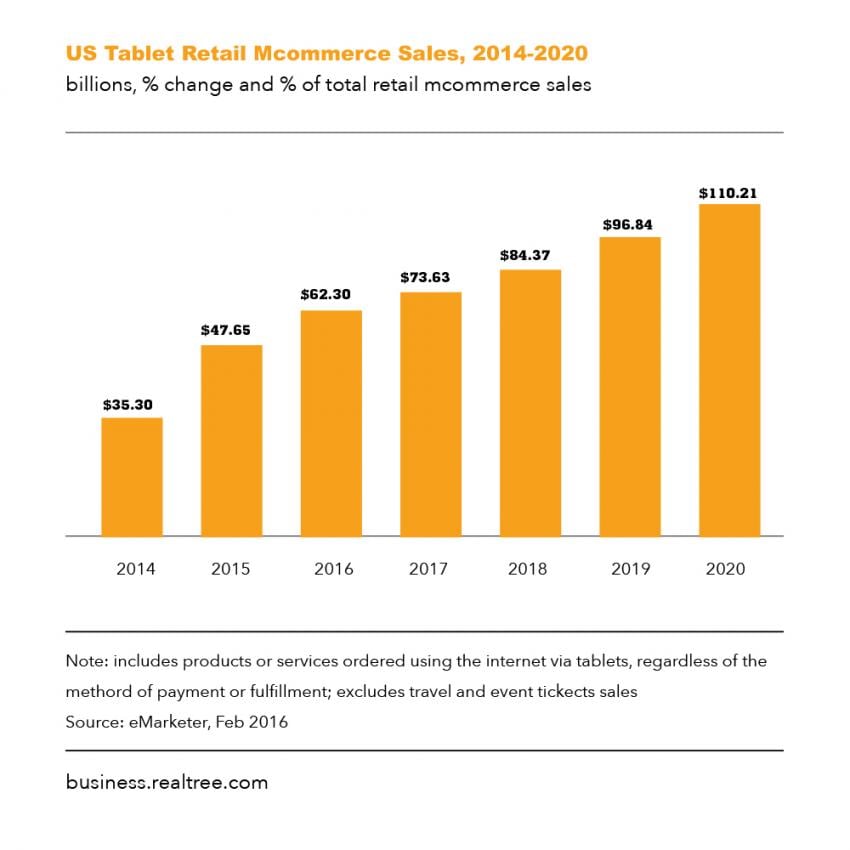 Tablets will still figure heavily, however, in mobile commerce sales over the next four years, with anticipated double-digit growth during that period, and to exceed $100 billion in 2020.

It's important to consider not just the projected rise in mcommerce sales over the coming years, but also how prevalent mobile device use has become by so many digital shoppers.

Adweek reported that 81% of shoppers research online before purchasing, and, on average, a consumer will visit at least three different online sites before making a purchase. And 61% will read product reviews before buying.

Outdoor marketers can cash in on the rapid growth mobile commerce market by ensuring their ecommerce sites are mobile friendly and that product images and descriptions are easy to view on tablets and smartphones. Consumers expect clean and fluid mobile shopping experiences. They expect product reviews. They want convenience and flexibility. Think about how you can deliver a better mobile shopping experience.