Media Consumption Among Hunters and Shooters

The report analyzes the results from nearly 4,000 responses to an email invitation to registered participants at ShooterSurvey.com®, HunterSurvey.com® and AnglerSurvey.com®. Response data is paired with previous response data to match hunting, shooting and fishing activities and purchases in the last year with media consumption habits.

To overcome biases common to online surveys, the respondents are weighted to reflect the true population of U.S. anglers, shooters and hunters based on their activities, avidity, age, income, geography and more.

Age of respondents to the most recent quarterly hunting/shooting survey were as follows:

As mentioned earlier and as illustrated below, websites and magazines ruled the day in the second quarter as information sources for hunters and shooters, with 62.3% and 65.2%, respectively. 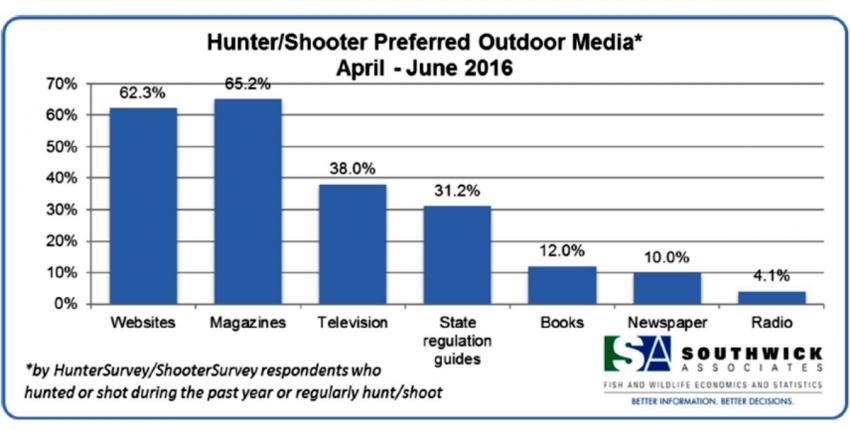 The following chart gives a more complete picture of how hunters and shooters use media. With few exceptions, the third and fourth quarters generate more viewership and readership among magazines, websites and TV. This is presumed to be because that’s when most hunting seasons are in and the interest/need for information is top of mind. 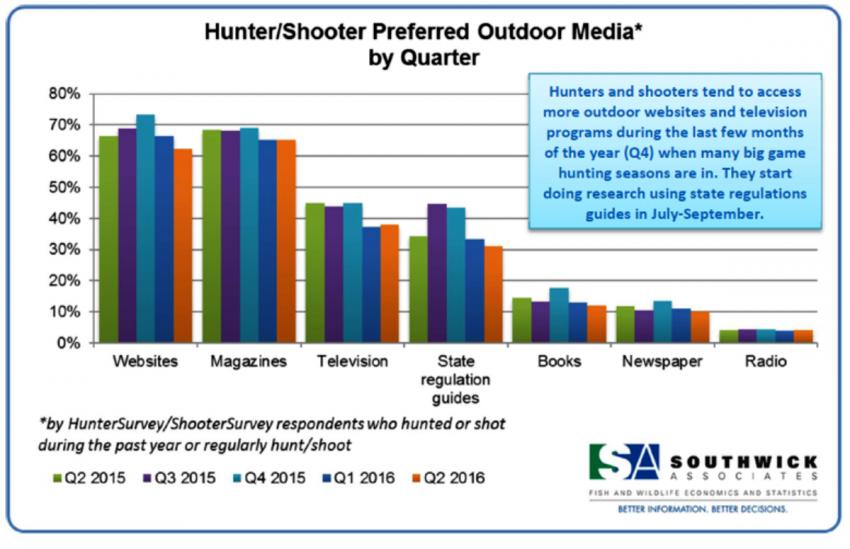 The NRA’s American Rifleman publication was tops in terms of readership, with 27.1% of respondents saying they had read the magazine, followed closely by Field & Stream at 24.5%.

For top television programming among hunters, Realtree’s very own Realtree Outdoors and Realtree’s Monster Bucks, along with the Realtree-sponsored shows, Bone Collector and The Crush with Lee & Tiffany, all rank in the top 15.

Editor’s Note: Check back soon when we break down the Southwick report on anglers’ media preferences.