“We need to reach female hunters and shooters!” That declaration is stated countless times every year by manufacturers, retailers, publishers and anyone else who does business in the outdoor industry.

It’s no secret that more outdoorswomen are participating in hunting and shooting sports than ever before. But what does that mean? What is more? And are the numbers big enough to justify marketing specifically to the female demographic?

Let’s look at some 10-year comparative data from the National Sporting Goods Association in several categories.

In 2004, some 2,679,000 females participated in some form of hunting. That number represented 13% of the total hunting population. Ten years later, according to 2013 data, 3,344,000 females hunted, and they represented 19.4% of the total hunting population. That’s an increase of nearly 25%. So, one out of every five hunters who went afield in 2013 was female.Those numbers deserve a close look if you haven’t been studying them already. But here’s a really remarkable stat: The number of women bowhunters grew from 499,000 to 1,135,000 during that same timeframe. That’s a whopping 127.5% increase!

Here’s a breakdown of participation by age group for all female hunters in 2013. 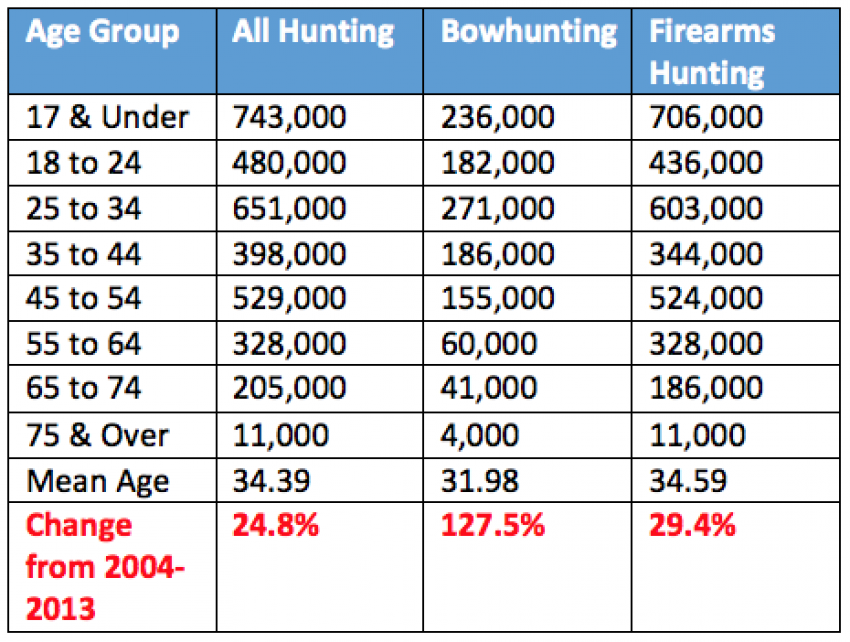 There are more than 3 million female hunters out there, and all indications are that that number is going to continue climbing. Realtree knows the women’s market, and has helped numerous licensees expand their businesses to better reach this huge demographic. Realtree has even built a lifestyle brand, Realtree Girl, that caters to female outdoor enthusiasts. If you’d like to learn more about licensing with Realtree, click here. And if you’d like to hear from a Realtree Licensing Manager about how your business can better serve the women’s market, request more information here.

The Impact of Women on the Firearms Industry