There once was a time when two types of hunters turned on each other and argued the woods wasn’t big enough for the both them — at least during the same season. One group argued their way was more pure, and any advancement in technology would lead to the demise of the whitetail herd. The other group laid out evidence that their new way was no more efficient than the traditional way. After much consternation, the two sides found mutual agreement and learned to coexist in the deer woods.

If you think I’m talking about today’s bow vs. crossbow debate, I’m not. Not yet, anyway. That original debate took place nearly 50 years ago when the first compound bows hit the market. Gone were the days of requiring he-man strength to pull an arrow to full draw, acquire the target and send it on its way in a semi-accurate fashion. Compound bows allowed hunters to hold an arrow at full draw and, subsequently, achieve previously unheard of proficiency at longer distances. As the years went by, compounds evolved to the point where archers didn’t have to practice for months to achieve killer proficiency.

Enter the crossbow. As hunters aged, they sought ways to stay in the woods and also to introduce younger folks to the lifestyle. Vertical bowhunters cried foul. Any inclusion of these “crossguns” would decimate the deer herds, they claimed.

Crossbow proponents countered with facts — the first being that crossbows are no more effective than modern archery equipment and crossbows would attract more hunters and retain the aging archery demographic. They were right, and time has carried on and proven that crossbows are indeed here to stay.

Best of all, the new marriage appears to be working. 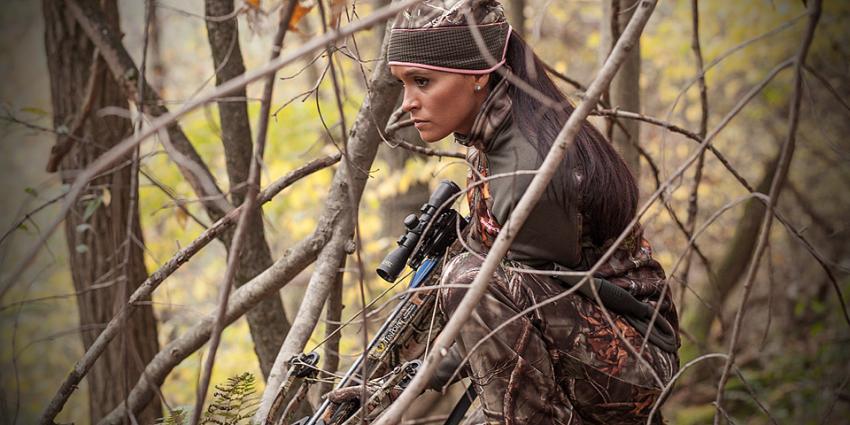 Ohio is a shining example of how forward-thinking deer managers can identify and at least stem negative trends before they inflict major damage. The Buckeye State allowed all-inclusion of crossbows into its archery season in 1976. The result has been nothing short of amazing.

In 1981, only 33 percent of Ohio gun-hunters also hunted during the archery season. Today, nearly 80 percent of the state’s gun-hunters also hunt during archery season. The shift from gun-hunting to bowhunting has also resulted in a shift toward older bucks in the herd. In the mid-1980s, 70 percent of the state’s buck harvest was composed of yearlings. Today, that figure has dropped to about 50 percent, according to statistics compiled by the Ohio Department of Natural Resources.

Anyone reading this blog will know that deer hunting is big business in North America. What you might not know is that it contributes more than $80 billion to the U.S. economy each year (according to the Fish & Wildlife Service), and results in hundreds of thousands of jobs. When you factor in the economic “multiplier effect,” deer hunting generates more than $1 billion in activity in several states, including Texas, $3.6 billion; Pennsylvania, $2.8 billion; Wisconsin, $1.8 billion; and Ohio, $1.5 billion. The multiplier effect includes all economic activity — hotels, gasoline, dining, etc.

There have not been specific studies on the economic impact of crossbow hunting, but it’s safe to say the inclusion of crossbows into the mix has done nothing but improve local, regional and state economies before, during and after hunting seasons.

Data from two other Midwestern states also indicate positive outcomes from the inclusion of crossbows into long archery seasons.

Furthermore, the recently concluded gun-hunting season in Wisconsin is testament to the challenges facing hunters on a national level. The traditional 9-day season in November attracted the fewest number of hunters and resulted in the lowest deer harvest in 30 years. The state’s gun season averaged more than 700,000 participants and a harvest of more than 300,000 deer annually throughout the 2000s. In 2016, only 590,000 hunters bought licenses and harvested just 196,000 deer.

The low-water marks in Wisconsin are an indicator of a smaller deer herd. That’s by design, because managers are managing toward healthy ecosystem goals. However, crossbow hunters are helping maintain the state’s overall bowhunting population. For years, the state’s bowhunting population averaged about 230,000 participants. Today, just three years into total inclusion of crossbows, that number has increased to nearly 290,000 participants.

With more bowhunters in the Wisconsin woods, more deer are being harvested during archery season, but that is an indication of participation rather than efficiency. Last season, 34 percent of the state’s crossbow hunters were successful, compared to 33 percent for vertical bowhunters. Gun-hunters reported a success rate of 46 percent. Those numbers are similar for another deer-rich state — Michigan — that reported success rates of 32 percent for crossbow hunters and 31 percent for vertical bowhunters.

National studies from the 1990s warned of a significant drop in overall hunter numbers if game agencies didn’t figure out a way to retain their aging demographic. Crossbow inclusion appears to be at least a step in the right direction to keeping the hunting tradition alive in North America.

Editor’s Note: If your business caters to deer hunters, it’s pretty clear that getting into some aspect of the crossbow market makes sense. For more perspective on crossbows’ impact on the hunting industry, read this previous blog by Adam Preston.