Powerful partners and a star-packed NASCAR race at one of the sport’s biggest venues create a recipe for an epic event.

That perfect storm occurred Aug. 19 through 21, when Realtree and Chevrolet combined to help unveil the new Chevy Silverado Realtree Edition truck during the NASCAR Sprint Cup and Xfinity Series races at Bristol Motor Speedway in Bristol, Tennessee. Forty Silverado Realtree Edition trucks were used for driver introductions before both races, and multi-media campaigns before and during the event gave spectators an up-close look at the new truck. 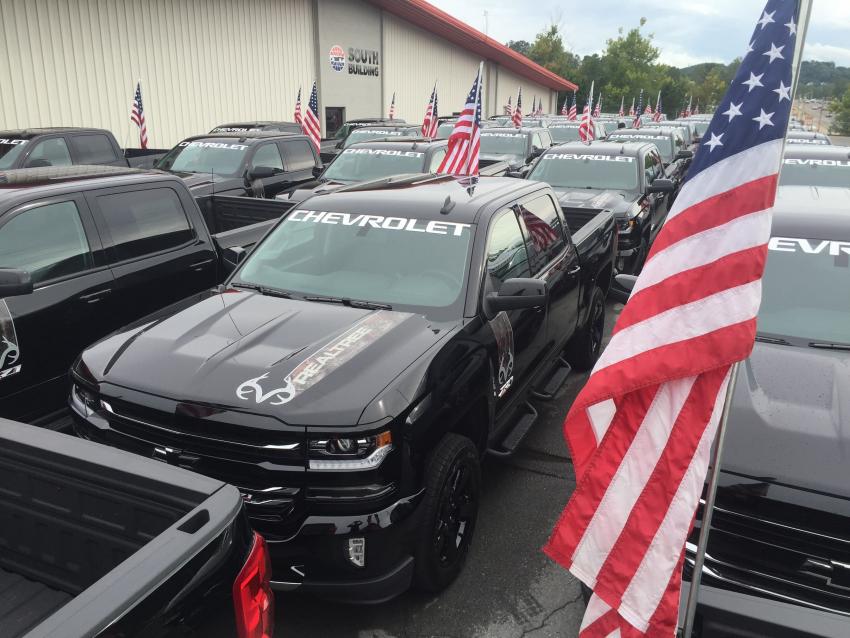 “Chevy launched this truck to the world starting at noon this past Friday (Aug. 19),” said Edward Bailey, field manager for Chevy’s Southeast Region. “We used a 36-hour cadence right up to the start of the race using our social media platforms and TV spots to start the race. Certainly, all of the participants at the track saw us, but so did the larger TV audience.”

Mike Swain, Realtree’s manager of media sponsorship sales, said preview videos on social media — including ones featuring Michael Waddell, Austin Dillon, and Bill and Tyler Jordan — helped build anticipation for the launch. Then, driver introductions for the Sprint Cup race were televised on NBC Sports, and the race — delayed a day because of rain — aired on CNBC. A Chevy banner introduced the truck on CNBC, and race attendees viewed the Silverado Realtree Edition in person at a large Chevy product display. Overall, the effort probably produced millions of impressions. 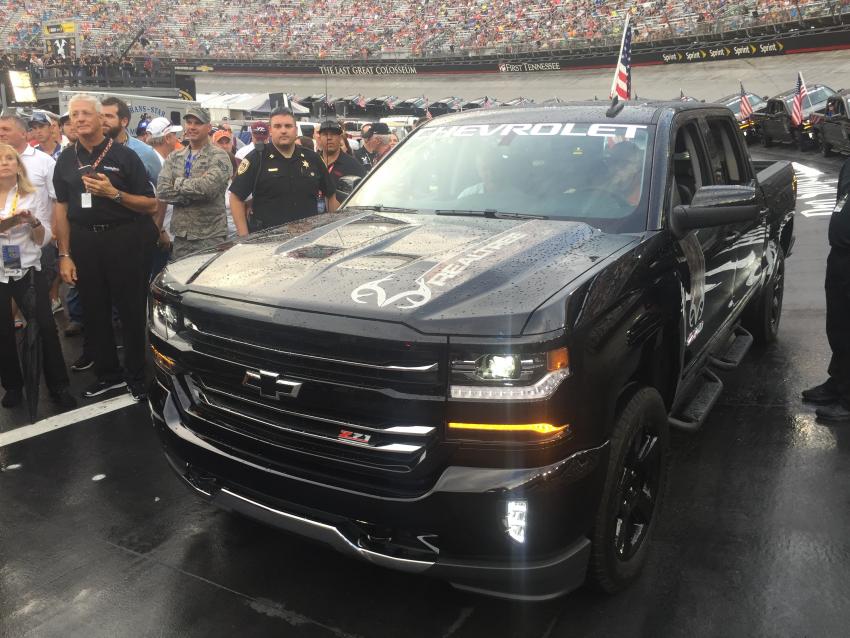 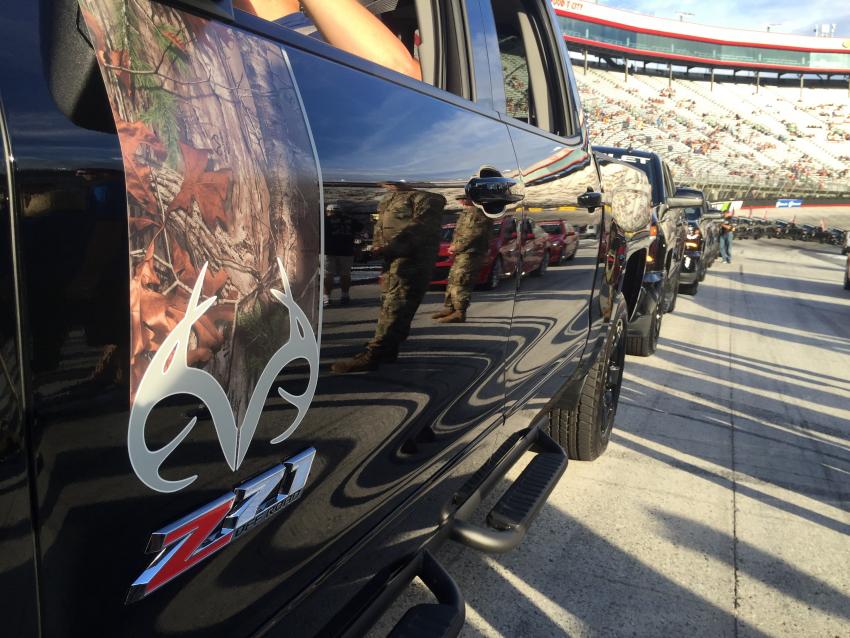 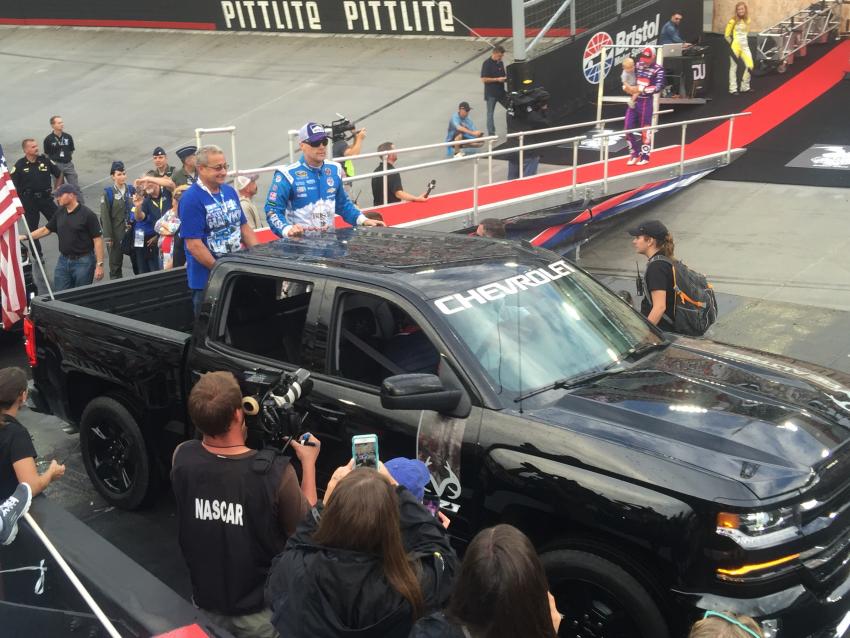 “Using the strong personalities that the Realtree brand has in its stable to endorse the Chevrolet brand only strengthens the message of our impressive Chevy Truck platform, featuring the Silverado,” Bailey said. “When consumers see Bill, Tyler, David and the Bone Collector guys use Chevy Trucks, they know that Chevy Trucks are as rugged as these outdoorsmen. Realtree is a brand of quality, and it’s an honor for the Chevy brand to be placed in the same category.”

Swain and Bailey agreed that the Bristol race and NASCAR audience were tailor-made for the Silverado introduction event.

“NASCAR is a great platform for all domestic brands,” Bailey said. “The typical Chevy buyer hunts, fishes and watches NASCAR. This buyer is also a big purchaser of full-size pickups, due to their needs for towing, the use of the pickup bed and use in the rugged outdoors.”

In addition, the team effort between Chevy and Realtree facilitated a great atmosphere to generate more business-to-business opportunities with current and potential partners, such as Busch, Morton Buildings Inc., Hunt Brothers Pizza and Grainger, a leading industrial supplier.

“It really gives Realtree the platform to work and do business with major global brands,” Swain said.

Moreover, the event marked sort of a culmination of the longstanding relationship between Chevy and Realtree. Bailey was one of the first people involved in that partnership years ago, which made the Bristol race introduction very gratifying.

“Honestly, it’s beyond real for me,” he said. “It may be my career to believe in Chevy Trucks, but I’m also personally committed to the Chevy brand. I feel the same way about the Realtree brand, both professionally and personally. Knowing many of the Realtree team for years, it’s more than a camo pattern and hunting for me. The Realtree brand to me represents a real commitment to strong family values, friendship and a culture that’s committed to the outdoors for the right reasons.

“When the Realtree Silverado went from concept to production and then to one of NASCAR’s greatest tracks, Bristol Motor Speedway, for a reveal in a big way, I really had chills seeing the 40 black and camo Silverados on the world stage to introduce the many NASCAR drivers. The positive and impressive comments from consumers, race-car drivers, team owners and other race sponsors only re-confirmed what I already knew and believed: The Realtree Silverado is a great-looking truck brought to consumers by two great American companies committed to the outdoors.”