The United States sunglasses market is growing, with increasing sales and revenues. The market is projected to account for 19% of the total U.S. eyewear market by 2021. Sunglasses volume sales in the United States totaled $4 billion USD in 2010 and is expected to reach $6.27 billion by 2021, according to Statista's Eyewear Report 2017 – Sunglasses. 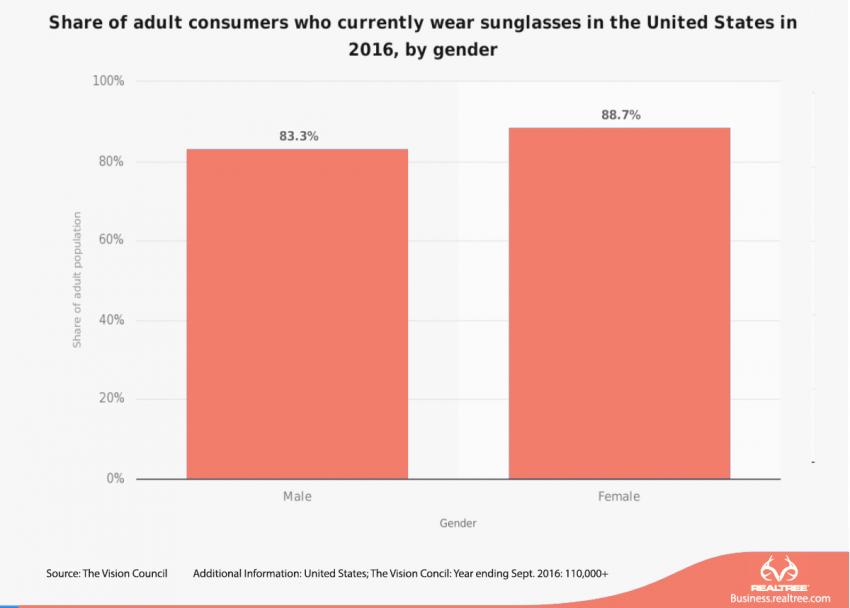 The market for sunglasses among the male and female demographic is nearly even. In 2016, some 83.3% of adult males and 88.7% of adult females in the U.S. wore sunglasses. Considering that only about 12% of adult consumers wore prescription (Rx) sunglasses in 2016, the majority of sunglasses purchased are plano sunglasses.

Plano sunglasses are sunglasses fitted with non-prescription lenses, and not used for vision correction. They are generally worn for fashion and to protect eyes against ultraviolet (UV) rays. The global plano sunglasses market was valued at USD 10.82 billion in 2012, and is expected to grow at a CAGR of 8.0% from 2013 to 2020, according to a report from Grand View Research. Retail sales of plano sunglasses in the U.S. totaled $4.2 billion USD in 2016, up nearly $1 billion from 2011. 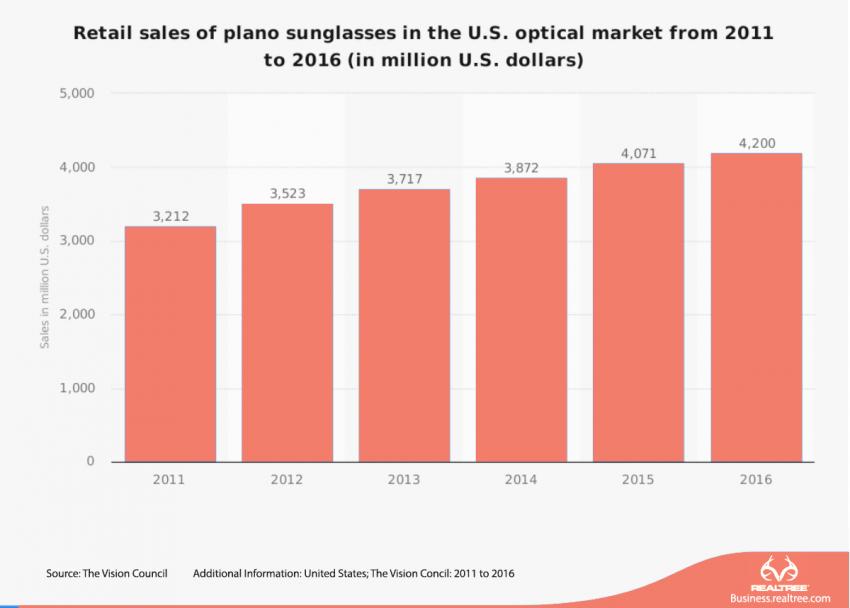 And demand for higher-priced sunglasses is also improving. The overall market value in the United States for plano sunglasses over $50 grew from approximately $2.52 billion USD in 2013 to $2.92 billion in 2016. 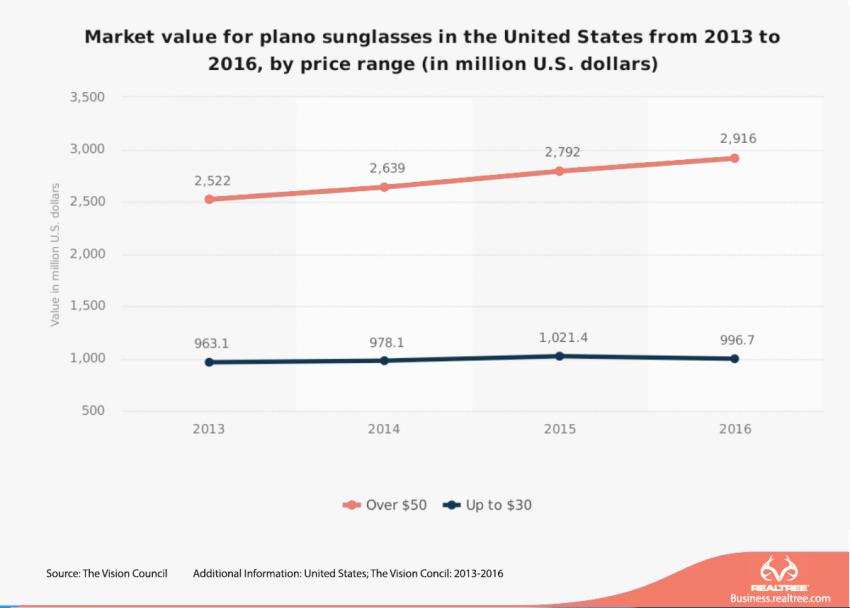 Where are consumers buying sunglasses? It's a bit all over the board. Just 13% of plano sunglasses sold in the American optical retail market in 2016 were purchased from sunglass specialty stores, while more than 39% were sold from the segment comprising mass/drug/club/grocery/flea market. Another 38.4% of sales came from “other.”