America’s Deer Harvest by the Numbers

Year in and year out, the whitetail deer reigns as America’s No. 1 big-game animal, with an annual harvest of roughly 6 million animals. Figures from 2015 as reported in the National Shooting Sports Foundation’s 2017 Industry Intelligence Report put the tally at 5,801,978.

In 2015, 47% of the harvest was made up of bucks. It is estimated that the average annual deer harvest provides nearly 336 million pounds of meat, which equates to 1.34 billion meals. At $9 per pound, the venison harvest provides an economic impact of $3.02 billion.

Here are the top states and a comparison between the 2013 and 2015 harvests. 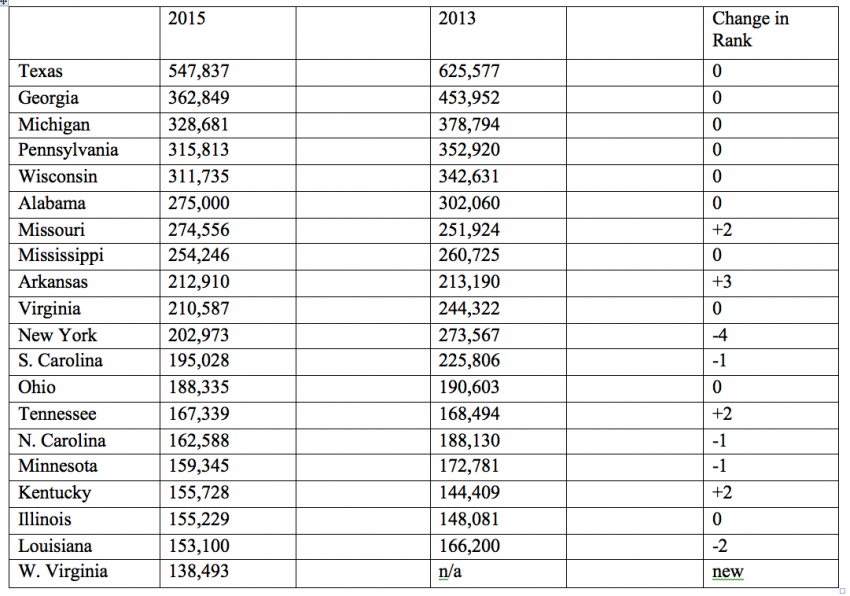 A few notes on the hunters who racked up the 5.8 million deer harvest in 2015:

Editor’s Note: If you’re in the deer hunting products manufacturing or retail business, Realtree has a program that will fit in with your sales goals. To find out about licensing opportunities with America’s No. 1 camo brand, contact us today!